The heart of a rotary encoder is the way that it provides information – that’s the encoder engine. An encoder engine takes the positional and speed information and then supplies the signal that is sent to the application.

What is an Optical Encoder?

An optical encoder is a type of rotary encoder that uses a sensor to identify position change as light passes through a patterned encoder wheel or disk.

There are four components in an optical shaft encoder: 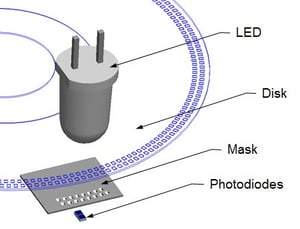 The LED shines through one side of the optical shaft encoder. The encoder wheel or disk has a series of tracks on it, similar to the concentric grooves in an LP. The mask has a corresponding track for every track on the disk of the optical encoder, and small perforations, called windows, are cut along the tracks in the mask. As the disk moves, different windows in the mask are covered or open, showing the movement and position of the optical shaft encoder. Each arc in the rotation indicates a different position and has a different pattern of open/closed windows. The sensor behind the mask identifies the optical encoders’ current pattern.

Each sensor represents one single signal for the optical encoder. A track can contain two sensors, which are offset to give two slightly different signals produced at the same time. These offset signals can be used by the optical encoder engine to determine more detailed motion information, like speed. A second track can be used to give an index pulse once per revolution, providing a method to orient the signals. 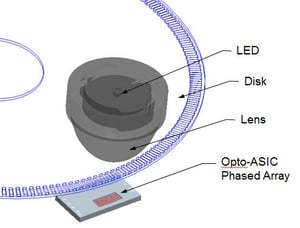 array optical encoders use multiple signal outputs to average together to create a single signal that is delivered by the engine. These multiple signals that are used by an optical shaft encoder are called the array. By using averages instead of a single reading, phased array-optical encoders have much more stable signals so they can be used in less stable environments, such as mining or heavy manufacturing, where vibrations or shock could affect a traditional mask optical shaft encoder. They require less precision during installation than traditional mask optical encoders.

The Technology of Magnetic Engines

A magnetic encoder uses the same principle to determine a position as an optical shaft encoder, but it does it using magnetic fields rather than light.

With a magnetic encoder, a large magnetized wheel spins over a plate of magneto-resistive sensors. Just as the encoder wheel or disk spins over the mask to let light through in predictable patterns, the wheel causes predictable responses in the sensor, based on the strength of the magnetic field. The magnetic response is fed through a signal conditioning electrical circuit.

The number of magnetized pole pairs on the wheel pole, the number of sensors, and the type of electrical circuit all work together to determine the resolution of the magnetic encoder.

The key to using magnetism as the element to produce a signal is that it is unaffected by very demanding environments – including dust, moisture, and extreme temperatures, and shock.

Free white paper: Magnetic vs. Optical Engines: What You Should Know When Choosing The Right Encoder.

Optical encoder engines can be amazingly precise, with some designs hitting 4 million counts per revolution. This makes an optical encoder a desirable choice where resolution matters, from office equipment like computer mice and copiers to medical equipment. With phased-array technology, an optical encoder is increasingly able to perform in much tougher environments which require a combination of durability and resolution, like crane operations and automated vehicle guidance.

Still, the harshest operating environments may demand the physical durability of magnetic encoders.

The question to ask is what matters most to the performance your application: optical encoders’ accuracy or magnetic encoders’ ability to withstand the operating environment? 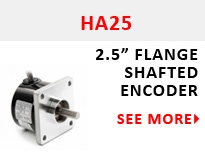 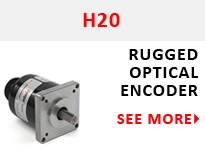 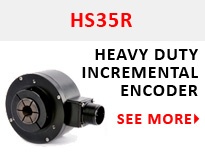