Stepped pulse shapes are clean pulses that look like stepped pyramids. The effect may appear on a single channel or on multiple channels. The key characteristic is that two channels on the oscilloscope screen will look identical.

Most Likely Cause of Stepped Pulses

A signal issue this pronounced is generally caused by two channels shorted together. A good example is a bent wire inside of a connector that touches multiple pins at the same time. The shapes will vary depending upon which channels are shorted:

Shorting channels: Shorting the A channel and B channel will result in a ziggurat shape: 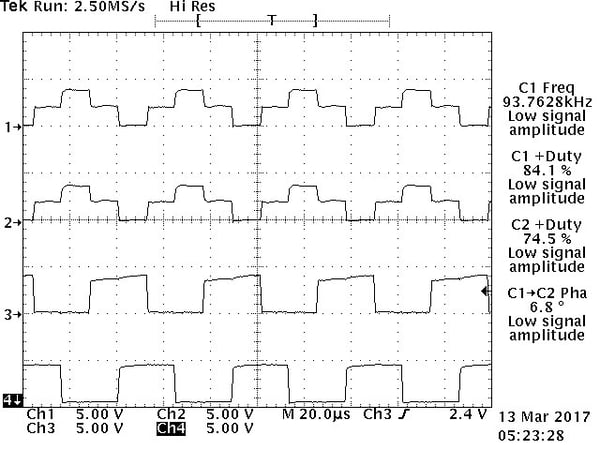 Shorting complements: Shorting the A channel and the A-Not channel will result in a trace that is nearly a flat line: 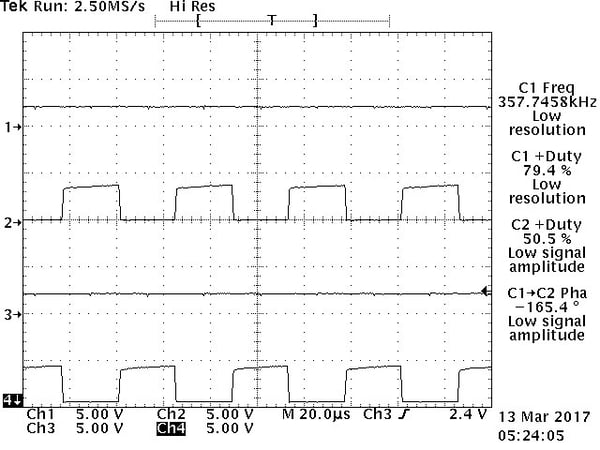 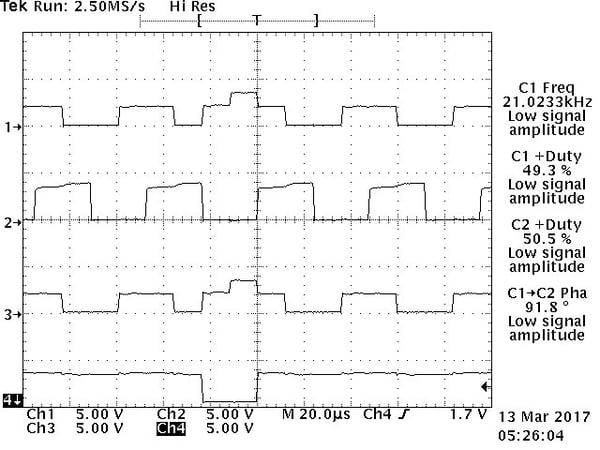 Stepped encoder pulse shapes are most likely a system issue and not an issue with the encoder itself. Check all electrical connections. Ensure there are no stray wires contacting at the terminal strip because the insulation is stripped off too high, for example. Try disconnecting and reconnecting the encoder.